Mouse, a small hand-held device that controls a pointer on a computer screen, was invented by researchers at Stanford Research Institute in 1963.

American computer engineer Douglas Engelbart came up with the idea in 1961 while attending a conference talk about computer graphics and he started thinking about ways to make interactive computing more efficient. The first prototype, a simple wooden block with a single red button, was built by his colleague and fellow engineer Bill English. 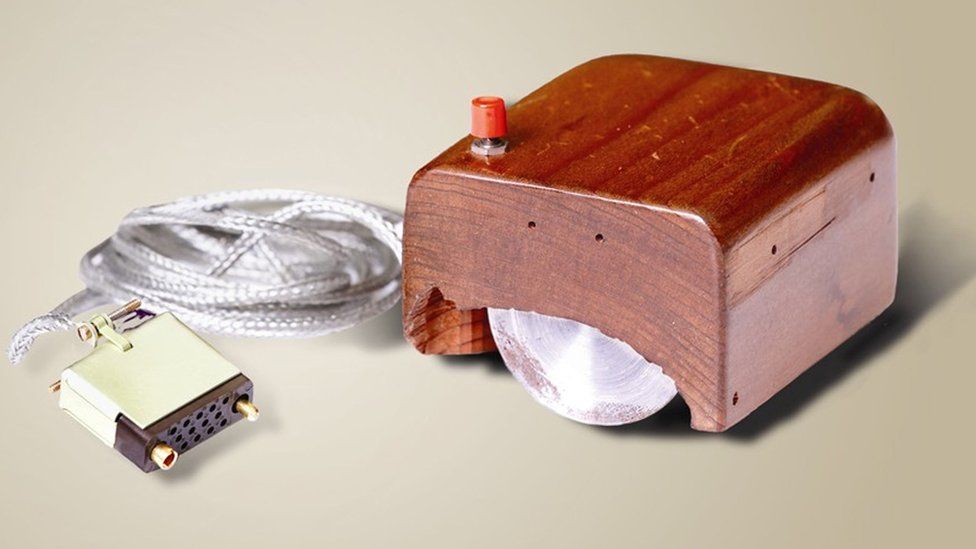 Although Engelbart would call the invention the "X-Y position indicator for a display system" on the 1967 patent, in an earlier paper on computer-aided display control, it would be referred to as a mouse:

"Within comfortable reach of the user's right hand is a device called the "mouse" which we developed for evaluation (...) as a means for selecting those displayed text entities upon which the commands are to operate."

When asked who came up with the name, Engelbart said: "No one can remember. It just looked like a mouse with a tail, and we all called it that."

Root: The word mouse comes from the Old English mūs, of Germanic origin, from an Indo-European root shared by Latin and Greek mus. The word for mouse also had connotations with 'muscle' in early Indo-European languages, perhaps due to the similarity between the movements made by a mouse and a flexing muscle.